Republican-led efforts to hold China accountable for the spread of the Wuhan coronavirus are being watched closely by the communist regime.

“Republicans who have been groundlessly accusing China and inflaming the 'holding China accountable' political farce will face severe consequences, sources said, noting that the aftermath will also impact the upcoming November elections, while business and trade between Missouri and China will be further soured,” the Global Times, a branch of the Communist Party of China's People's Daily, wrote in an article.

The article focused on efforts by Missouri’s Attorney General Eric Schmitt who sued the country last month on behalf of the state arguing the communist country is responsible for Missourians’ suffering, death and economic hardship.

"The Chinese government lied to the world about the danger and contagious nature of COVID-19, silenced whistleblowers, and did little to stop the spread of the disease," Schmitt said. "They must be held accountable for their actions."

The article also singled out Sens. Josh Hawley and Tom Cotton and two other members of Congress over legislation that would allow Americans to sue China, saying they will be added to the country’s sanctions list.

"We must resolutely hit back at those politicians who, for no reason, undermine China-US ties for their own political benefits. For those who promote anti-China legislation, we need to find out what the business ties are between those officials or their families with China," one research fellow at the Chinese Academy of Social Sciences told the paper. "We can't just strike back symbolically, but should impose countermeasures that could make them feel the pain.”

Republicans were unfazed by the threat.

So apparently I’m on the Chinese government’s radar now.

#Breaking: #China to sanction some #US individuals & entities in retaliation to their abuse of litigation against #China over #COVID19. They won't be symbolic moves but punitive measures that will cause GOP members like @HawleyMO to feel the pain: analysts https://bit.ly/2T4elOm 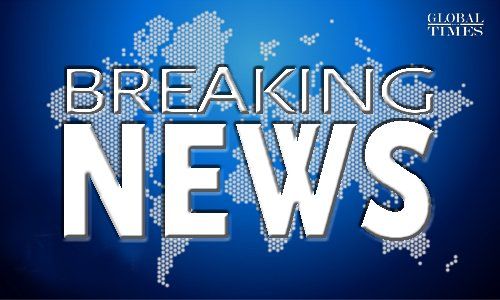 4,986 people are talking about this

Brb. Finding a new communist country with gross human rights abuses to do business in. Bonus points if they unleashed a global pandemic on the world. https://www.usnews.com/news/world-report/articles/2020-05-14/china-threatens-to-sanction-us-politicians-for-coronavirus-criticism …

GOP Sen. Tom Cotton and Missouri Attorney General Eric Schmitt are among those for whom China is considering ‘punitive measures’ to ‘make them feel painful.’

1,481 people are talking about this

Should religious/spiritual gatherings be considered exempt from social distancing orders?