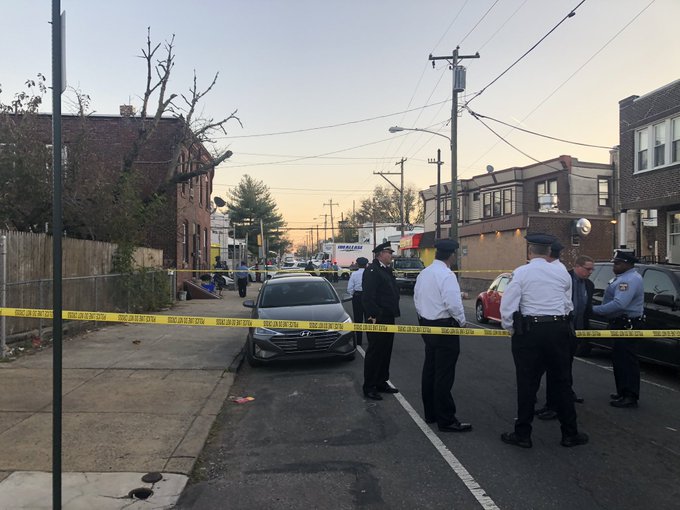 A 10-year-old boy was shot in the back of the head in Philadelphia on Wednesday and rushed to a children's hospital in critical condition, authorities said.

The shooting was just after 3:30 p.m. in the city's Frankford section, according to Philadelphia Police Department.

The little boy was walking home from school at the time, according to ABC Philadelphia station WPVI.

The gunman is not known and no weapon was recovered, police said.

This comes just weeks after a 2-year-old girl, Nikolette Rivera, was in the shot dead in her North Philadelphia home on a Sunday afternoon.

Nikolette was in her mother's arms when bullets from an automatic rifle came through the wall and hit her in the head.

One day before Nikolette was killed, an 11-month-old boy, Yazeem Jenkins, was shot four times and critically injured while in the back of a car in Philadelphia's Hunting Park neighborhood.

"Yazeem is fighting for his life at Children’s Hospital," William McSwain, U.S. Attorney for the Eastern District of Pennsylvania, said Monday.

After those two shootings Philadelphia Mayor Jim Kenney said weapons are "flowing" into the city "like a river."

"Outraged, disgusted, and heartbroken by the violence this weekend that claimed the life of an innocent 2-year-old and left another infant fighting for his life," Kenney tweeted. "Philadelphians should not live in fear of violence that could take away a child’s life."

May 2 - Primaries in Kansas and Guam

May 19 - Primaries in Kentucky and Oregon

The Democratic convention is slated for July 13-16 in Milwaukee.